Error messages really can be the bane of anyone’s technical life. The desire for it to “just work” is pretty much the Nirvana of any user but unfortunately I would say that so far, this is not something which has ever been achieved. “What!” I hear all the Mac fans shouting, “My Mac just works as does my iPhone”, well I disagree, one both counts. Admittedly, Apple Mac’s do work very nicely but to say they never error is a bit idealistic and probably more akin to the brilliant brand image that is delivered in every box with that famous part eaten Apple on it.


“So what about the iPhone, that never errors “ I hear you cry. Well yes, you are right, it doesn’t, but then does no error mean it doesn’t break, definitely not. I have been running an iPhone for about 6 months now and yes it is great. I have a few ‘techie’ criticisms but none that I feel inclined to talk about in depth and certainly none that haven’t been widely reported all over the place. So what about this no error situation? Well I think this is brilliant piece of subliminal tech marketing by Apple. When tech equipment unusually crashes we are treated to a totally meaningless error message which for most users, is simply rubbing salt into the wounds, “I know it is broken, don’t give me some crazy ass code to prove this to me, all I am going to do is start again anyway” .

What I am trying to imply here is that as well as Apple, more technology is becoming friendly to the ‘average user’. Gone are the days of the hobbyist where we needed to know everything that was going on and more and more, we just need to know something has gone wrong. Take Twitter’s error messages for example. “Something has gone technically wrong” is such a great way to make the user feel like you are taking responsibility for your failings as an app and not make them feel like they have spooked it themselves.

So my conclusion is, Apple’s don’t just work, they just #fail in a much more respectable manner which as ever, makes the die hard Mac fans very happy (if not a little smug : ). 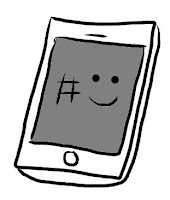