Stop trying to be cool and cool will come....

Twitter is a place where ones personality can really show through. It is a bit like the big brother house in some respects where people can put up a front to begin with but after a time, this façade will fall and the real person will shine through. Now we all want to be thought as somewhat cool. What I mean by this is that we all want to be respected in some way or another (whether this is for our work, our play or really just for our all round nice guy appeal).


One thing however which can become very clear on the Twitter platform is people trying to increase their “coolness” by doing what the cool guys do. Now I am all for people being influenced and susceptible to advertising but blatant mimicking really makes you hit the uncoolometer big style.

What I am trying to say here in short is BE YOURSELF and even if you want be like someone then don’t mimic them, engage them….. 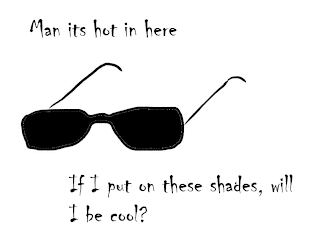