The quest to move away from "the user"

After working in IT for so long, it seem like the norm to call people who consume IT as "users". Although this is perfectly viable and workable it just does not sound very nice (due to the fact that it is heavily related to some other type of people who have nothing to do with computers).


I would like to know if anyone else has anything else that they call them? Yes we can simply say people or as suggested by @ogerrard maybe "end-users" is more to the fact and removes some of the bad connotations but is there anything else?

The original computer people were operators, but then that was when computers were "operated" to achieve a task.... We also had the naming "number crunchers" so maybe a reuse of something like this would work. 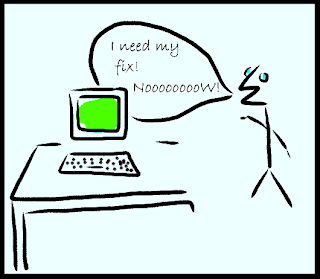