Is Retweet just a bad name for a good function...?


Now I totally understand peoples problem with the function as it restricts and “changes the game” relating to the way they have already been retweeting others for some time. However, where I think the real issue lies is with their branding of this function. Calling it Retweet has only caused confusion; it is not a Retweet in the traditional sense as created by “the crowd” some time ago.

So what is the answer? I think that if you have a problem with the function then change its name in your head to “Guest Tweet”. I have chatted to a few people about this and it has actually gone some way to change their perception of the function.

Just my take on it anyway, It does prove how important Twitter is to people simply by the conversations it causes.......  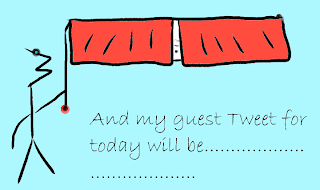